Juda J. Epstein received his M.B.A from Sacred Heart University in 1988 and then went on to attend the University of Bridgeport School of Law, earning his J.D. degree in 1991. He launched this firm in 1994 in Bridgeport, Connecticut and he has devoted the past three decades to representing businesses, municipalities and individuals in a wide variety of matters.

Attorney Epstein is considered to be among the most vigorous and aggressive lawyers in the State of Connecticut. He has prosecuted tens of thousands of collection matters and successfully recovered hundreds of millions of dollars for his clients. He has represented condominium owners and associations in claims against property developers and collected tens of millions of dollars on their behalf. His dedication to his clients is renowned. Attorney Epstein is admitted to practice in both Connecticut and New York.

Attorney Epstein is a native of Connecticut who is actively involved in the local community. He is the former chairman of the Jewish Community Center of Eastern Fairfield County (JCCS). The JCCS was the local UJA Federation, and was renamed The Federation for Jewish Philanthropy of Upper Fairfield County.  The Federation raises and disburses millions of dollars to support local, national and international charities. 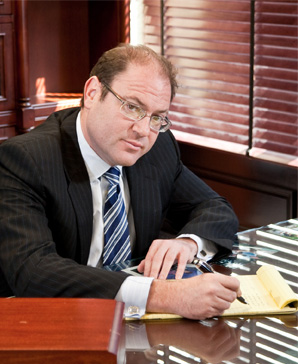